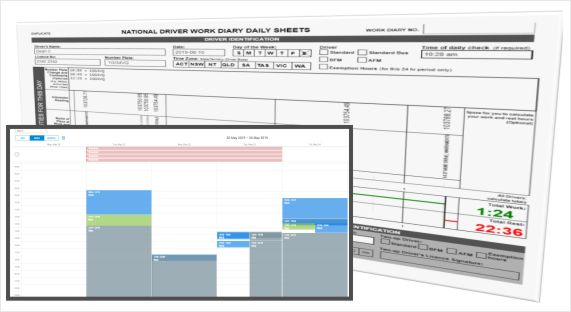 IntelliTrac provides a number of Fatigue Management Solutions from NHVR based systems to simplified WHS/HSE policy based systems.

The IntelliTrac Elite GPS Telematics Device forms the basis of these systems due to its high end features and its ability to be integrated into other connected apps. It may also be configured to provide audio visual reminders as well as emailed or SMS alerts to drivers when they have driven continuously for a period of time approaching that as defined by their organisation's WHS/HSE policies. In addition drivers may also be advised of the length of break required. The system may also provide further alerts if sufficient rest breaks have not been taken.

A number of reports and dashboards as well as an electronic replica of the NHVR Driver Work Diary may be automatically generated by the system.

Management may be alerted immediately of breaches and may also be provided automated, daily or weekly reports of driver activity, clearly indicating any breaches.

All captured trip data, logbook data etc. is visible in real time at the office. 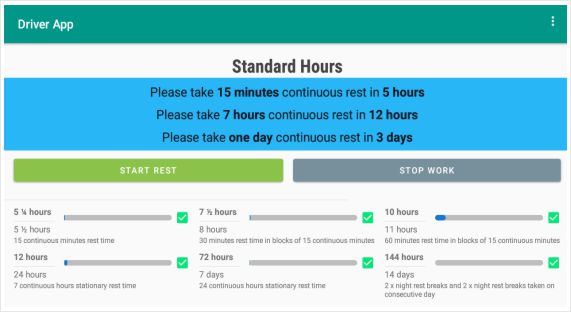 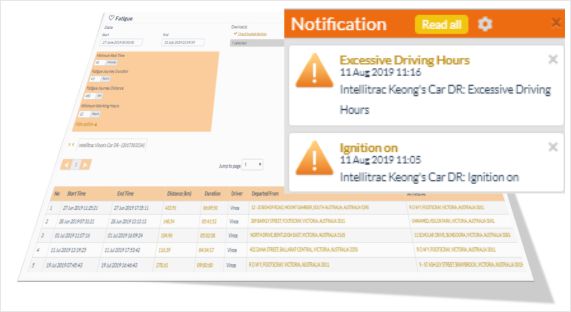 IntelliTrac provides a number of flexible fatigue management exception reports and alerts to keep managers informed of driver performance and adherence to NHVR legislation or their own organisational WHS/HSE policies.

These reports may be automated and emailed on a daily, weekly or monthly schedule to both management and drivers.


IntelliTrac's flexible fatigue management reporting tools can be customised to be in line with NHVR or other Fatigue Legislation as it applies in different states, countries or oganisations and based on different types of vehicles driven.

What is driver fatigue?

Drowsy driving is the dangerous combination of driving and sleepiness or fatigue. Drowsy driving is a major problem in many countries. The risk, danger, and often tragic results of drowsy driving are concerning to both drivers, passengers and other road users. This usually happens when a driver has not slept or rested enough, but it can also happen due to untreated sleep disorders, medications, drinking alcohol, or shift work. Since no one knows the exact moment when sleep comes over their body, falling asleep at the wheel is clearly dangerous, but being sleepy affects your ability to drive safely even if you don’t fall asleep.

Drowsy driving is suspected to be a primary cause in more than 20% of road fatalities in Victoria Australia according to TAC. Most fatigue-related accidents occur during normal sleeping hours, and the more severe the crash, the more likely it is that the driver or drivers were fatigued. Fatigue is a likely factor in almost one third of single-vehicle crashes in rural areas.
Many people think fatigue is only a problem for long-distance drivers, however it is just as relevant for short-distance drivers.
People generally don't become fatigued from driving. Usually they are already tired when they get behind the wheel from long hours, shift work, lack of sleep, sleep apnoea or physically demanding roles.

Your body can't fight the need to sleep. Chemicals build up in your brain until they reach a tipping point and you will fall asleep.

Fatigue is easy to detect, with symptoms including:

How fatigue affects your driving:

Fatigue has a huge impact on your driving and can affect your ability to drive safely, similar to the effect of drink driving. Research shows that being awake for 17 hours has the same affect on your driving ability as a BAC (blood alcohol concentration) of 0.05. Going without sleep for 24 hours has the same affect as a BAC of 0.1, double the legal limit in Australia and New Zealand.

Driving while tired or fatigued can result in:

How to beat driver fatigue

The only way to address fatigue is by sleeping. Make a choice not to drive when tired or follow these guidelines to prevent fatigue:

Contact Us For A No Obligation Chat & Free Demo

How Can I Manage Driver Fatigue In My Work Place?

Under existing WHS laws, employers and employees are required to take all reasonably practicable steps to ensure safety in the workplace – including managing driver fatigue for employees and contractors. Similarly, the new laws will require all parties in the supply chain to take all ‘reasonable steps’ to ensure safety on the road by managing heavy vehicle driver fatigue.
Under this approach it will not be enough to just rely on the driver to comply with the law if there are other suitable steps that could be taken. Due to the many different modes of operation in the heavy vehicle industry and the many different factors that can influence how transport tasks are undertaken, it is very difficult to define 'reasonable steps' as it will depend on the options reasonably available to a particular business.
WHS laws provide a framework for creating a fatigue management system to assist all employers to meet their obligations for a safe workplace, and includes:


This framework is also suitable for use by all parties in the supply chain in order to meet their general duty to manage fatigue under the new laws.
While compliance with these guidelines is voluntary, all parties must take appropriate action to manage the risks of heavy vehicle driver fatigue in order to meet their obligations under both road transport and WHS laws.


Businesses may use any reasonable method to manage driver that the suggestions for managing fatigue in these guidelines be followed by businesses unless better or equally effective methods of managing fatigue are used.
These guidelines may also be used by enforcement agencies and courts in determining whether reasonable steps have been taken to manage heavy vehicle driver fatigue under both the new laws and WHS laws.
Further information is available from transport agencies such as:

Contact Us For A No Obligation Chat & Free Demo


Although the above scenario is a very simplistic view at monitoring and managing driver fatigue, it forms the basic fundamental building blocks of a driver fatigue management system.
By integrating driver identification and connected apps to the GPS vehicle telematics device, a comprehensive fatigue management system may be structured. This would potentially include:


Contact Us For A No Obligation Chat & Free Demo